*Disclaimer: STEVEN UNIVERSE and all related characters and elements are trademarks of and © Cartoon Network.

I am the real-life twin flame of Steven from Steven Universe, no joke.  For a while, I wanted to run from this comparison but it is so true– we even look alike: 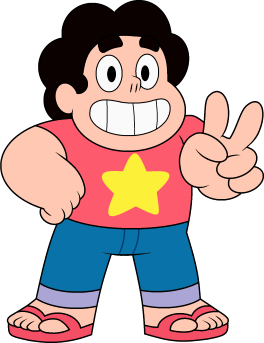 For those of you who aren’t familiar with the show, Steven Universe centers a young boy’s coming of age story as he lives and learns with his magical, intergalactic mixed-species family.

On the show’s official character page, Steven is described as a ‘goofy oddball’ who “always finds a surprising way to save the day!” The more I ride through this whirlwind we call life, the more I can relate even more to the starry-eyed and compassionate Cartoon Network icon.  Much like Steven looks as he rides on his lion, I picture myself similarly both perched upon a tiger and embodying its energy.  This imagery is a small part of why I refer to my highest self as the Cosmic Tigre, but more to come in a later post.  Along with my tiger friend, I envision myself journeying through the cosmos as I   use my bellybutton gem (intuition/maternal nature) as my guide.

To put it simply, Steven is both his son and his mother. I too consider myself my own mother after having raised myself.

As a result, I often have difficulty relating to ‘normal’ human experiences. While everyone is unique and no one has an ‘easy life’, I feel like my own journey has been filled with a lot of tragedy and heartache crammed into a short 20 years. Some days, I feel disconnected… like my mind is completely alien from what other people understand as truth and reality.  When this happens, I get lost in my head, up up up into space and in an impenetrable bubble.

Love, compassion, and empathy are what bring me back.  They always do. I am reminded that all humans are bound by the yearning to be accepted for who they truly are. I am reminded that we are all a bit alien on this Earth, each writing the blueprints to our own lives as we test drive the prototypes.

Imposter syndrome rears its ugly head on the show as Steven also tries to understand his identity and purpose in the world. While he strives to move with compassion and understanding at his core, he doesn’t always do as well as he hopes.  When he falls into anger, shame, and depressive episodes, his unconventional family is there to hold him through these tough spots. The gems encourage him to respect himself, respect humanity, and respect the universe.

Much like Steven, I also have a powerful support system of magical beings in my life.  These gems, like the Crystal Gems, empower me to better myself and I encourage them to do the same. Some are related to me by blood and others by heart yet the true tie that connects us all is showing kinship through love, compassion, and empathy. With this love, I have realized that my life goal is to develop the gifts that enable me to serve the world. Therefore, I think it’s significant for everyone to have these types of what I call “warm-energy” relationships; they have the capacity to revive the soul.

As I think about Steven and his gems fighting dominant powers to protect the earth they love, my heart skips a beat. When I close my eyes, the scene remains all too familiar with new characters: I see bigoted governments working with greed and capitalism in mind, creating systems meant to oppress marginalized people. I see people like me working their asses off and struggling to make ends meet. I see humans who have no choice but take on the name “activist” when their very lives are at stake. I see people demanding that they are respected and valued, no matter what their bodies look like.  I see women and femme identifying folk reclaiming our power from the patriarchy, whiteness, cis heteronormativity, and other nonsense that pervades society.  I see my fellow black and brown people fighting to show the world that our lives matter. When thinking specifically of Pearl’s devotion to Rose Quartz, Ruby and Sapphire perma-fusing to form Garnet, and Stevonnie being accepted for who they are rather than being forced into gender binaries, my heart swells. I see the LGBTQIA+ community working to protect our rights to be seen, to live, to dance, to breathe, to work, to play… I see art imitating life and life imitating art. 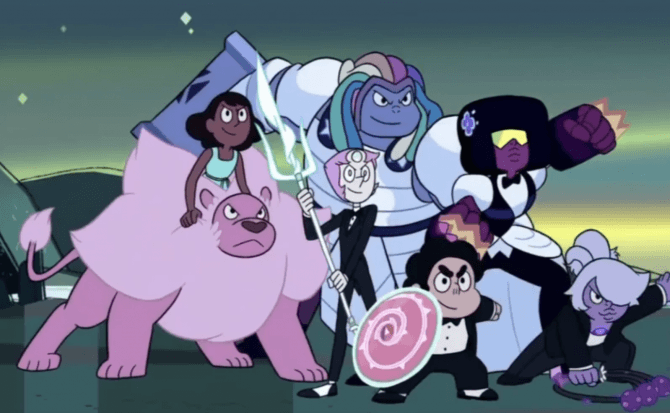 I got mad love for you, Steven Universe. You’re lowkey my twin for life 💚⭐️🌺

I’m curious, who’s your cartoon look-a-like? Why do you relate to this character? Let me know in the comments down below!

Happy Halloween from my heart to yours 🙂

This site uses Akismet to reduce spam. Learn how your comment data is processed.